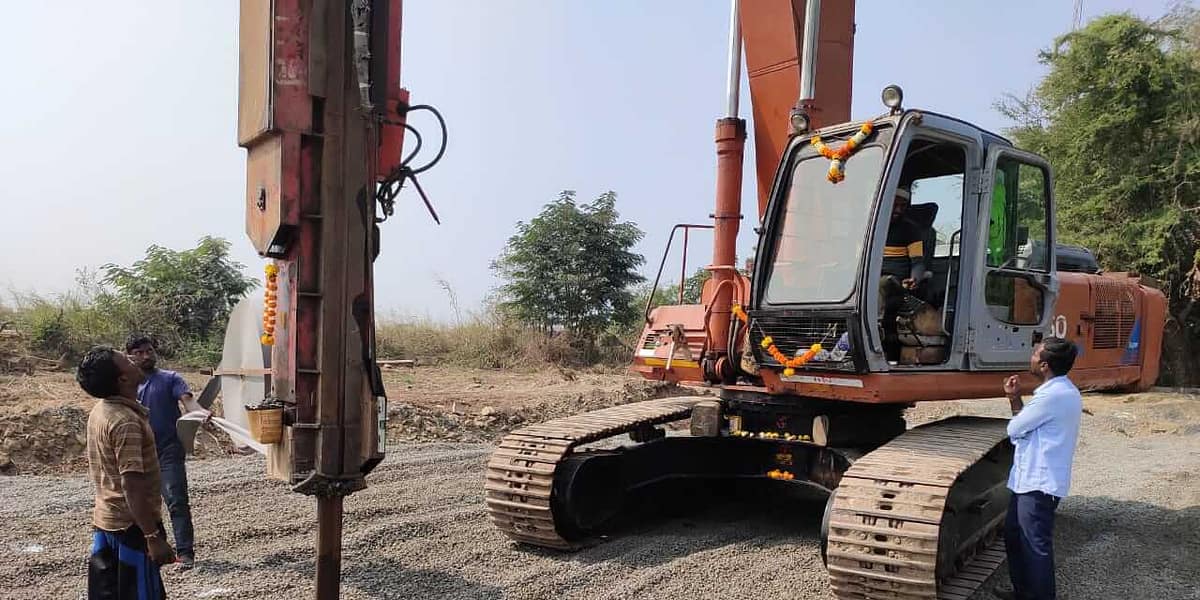 Soil. densification or compaction is a vital part of the construction process. It is used for support of structural entities such as building foundations, roadways, walkways, and earth retaining structures

In general, the preselected soil should have adequate strength, be relatively incompressible so that future settlement is not significant, be stable against volume change as water content or other factors vary, be durable and safe against deterioration, and possess proper permeability.

Compaction is accomplished by the use of heavy equipment. In sands and gravels, the equipment usually vibrates, to cause re-orientation of the soil particles into a denser configuration. In silts and clays, a sheep foot roller is frequently used, to create small zones of intense shearing, which drives air out of the soil.

Determination of adequate compaction is done by determining the in-situ density of the soil and comparing it to the maximum density determined by a laboratory test. The most commonly used laboratory test is called the Proctor compaction test and there are two different methods in obtaining the maximum density. They are the standard Proctor and modified Proctor tests; the modified Proctor is more commonly used. For small dams, the standard Proctor may still be the reference.